Workers fell sick and died due to exposure to hazardous chemicals in their chip labs, Korea Workers Compensation & Welfare Service (KCOMWEL) concluded on May 22, after reviewing ten years of epidemiological data.

The government tracked blood-disorder cases and analyzed risks among workers who worked in the chip industry between 2007 and 2017, KCOMEWEL said.

“The two types of blood disorder, leukemia and non-Hodgkin Lymphoma victimized chip workers who have worked in the industry before 2010.”

“We could not exactly determine hazardous materials or their exposure levels. However, their working conditions contributed to the incidences of [the illnesses].”

KCOMWEL collected data from about 200 thousand workers who worked, in 2007-2010, at chip labs at four corporations including Samsung Electronics Co., Ltd. and SK Hynix.

Trigger: The Death of A Young Worker

Spurred by the death in 2007 of Hwang Yu-mi, the first known victim of Samsung’s blood disorder cluster, the findings of KCOMEL’s first-ever comprehensive epidemiological probe into an industry will likely streamline workers compensation proceedings for many victims still awaiting rulings or seeking retrial of their rejected petitions.

For SHARPS, KCOMEL’s acknowledgement of the “relatedness” validated its ten years of campaigning for cluster victims at Samsung and other chipmakers in South Korea.

“This probe depended only on lately available data,” said Hwang Sang-ki, a SHARPS founder and the father of Yu-mi. “It took eleven years to see these findings,” Mr. Hwang added. “Law should change to have the government to share the burden of proof with workers compensation petitioners.”

SHARPS in a press release on May 22 said that,

“The probe still left things to be desired.” “It did not investigate temporary workers,” it continued. “It did not clearly determine what caused the blood disorders [among the workers].”

The following are key takeaways from the KCOMWEL probe: 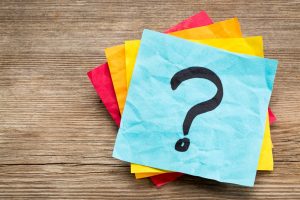