Nine education organisations have joined together to issue a statement on the wider opening of schools and colleges in England.

We are committed to bringing all children and young people back into the classroom as soon as possible. However, it is counterproductive if there is a danger of causing another surge in the virus, and the potential for a further period of lockdown. Wider opening must be safe and sustainable.

We therefore urge the Prime Minister to commit to 8 March only if the scientific evidence is absolutely clear that this is safe, and at that point go no further than a phased return of children and young people with sufficient time to assess the impact before moving to the next phase.

We are increasingly concerned that the government is minded to order a full return of all pupils on Monday 8 March in England.

This would seem a reckless course of action. It could trigger another spike in Covid infections, prolong the disruption of education, and risk throwing away the hard-won progress made in suppressing the virus over the course of the latest lockdown.

The science around the role that schools play in the overall rate of transmission is uncertain. Scientists have expressed different views on this point. What we do know is that the full reopening of schools will bring nearly 10 million pupils and staff into circulation in England – close to one fifth of the population. This is not a small easing of lockdown restrictions. It is a massive step.

These factors necessitate a cautious approach with wider school and college opening phased over a period of time. This is the approach being taken in Scotland, Wales and Northern Ireland. It allows public health experts to assess the impact of the first phase before moving to the next.

None of this is intended to stand in the way of the full reopening of schools and colleges. On the contrary. It is intended as a prudent way forward to ensure that once they are fully open, they stay open.

Association of School and College Leaders

END_OF_DOCUMENT_TOKEN_TO_BE_REPLACED 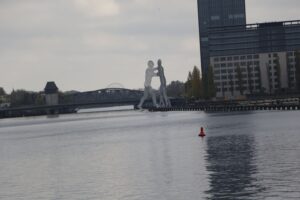