A study by IWH finds six patterns of daily movement among Canadians, all but one associated with lower heart risks when compared to the most sedentary

Which of the following workers have a healthier heart? The desk-bound office worker who bikes to work and jogs at night? The health-care worker who constantly shifts gears between light duties and highly physical tasks? Or the construction worker whose job is strenuous from the beginning to end of a shift?

A study by the Institute for Work & Health (IWH) explored these questions using, for the first time, a large and nationally representative sample of Canadian workers and minute-to-minute activity tracker data.

It found Canadian workers’ physical activity habits generally fall into one of six patterns. Not surprisingly, one of the largest groups of workers, making up 31 per cent of the sample of 8,909 participants, are those with low physical activity. These might be, for example, people who commute mostly by car, get up from their desks just to go to the water cooler, and do only light activity such as short walks and household chores in their off-hours.

Compared to this group—let’s call them the sedentaries as a shorthand—almost all other groups have better heart health down the road. Whether they’re fitness buffs or only on the move mainly for work, almost all workers who do various levels of moderate or intense physical activity throughout the week have lower risks of cardiovascular diseases 10 years later. END_OF_DOCUMENT_TOKEN_TO_BE_REPLACED 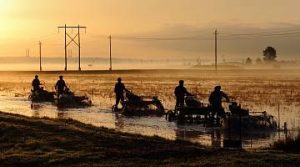